So we're currently about four-ish hours into GGJ at BGS. I've spent the time since watching the keynote video poking at Godot and making some basic VR movement tests. I'm not doing teleporting at the moment, just free movement at speeds that most people would probably find nauseating. 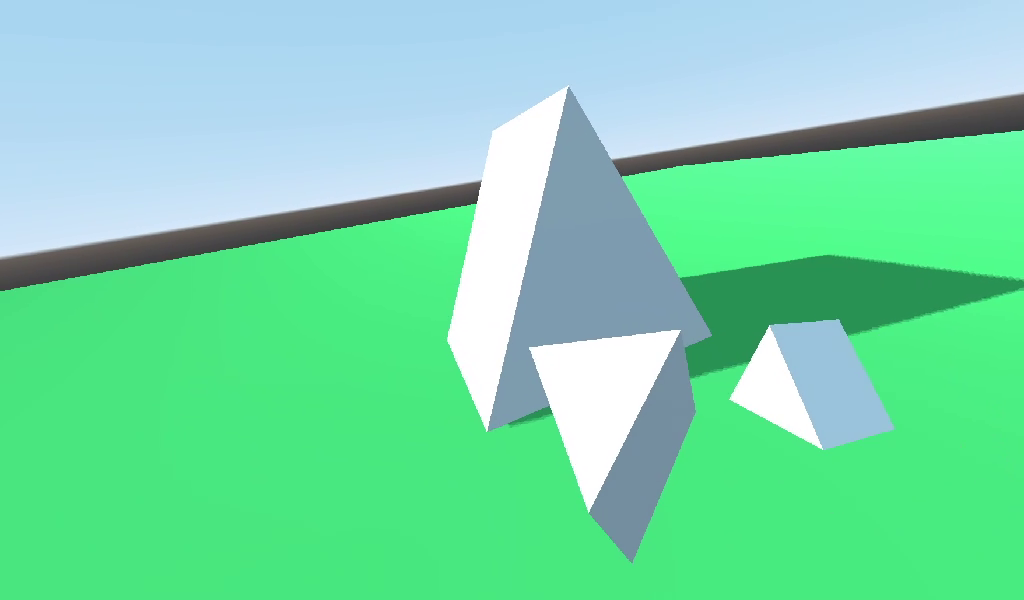 It's a little snappy, but it works! Already I've learned a good bunch of little things, from how to set up the basic VR scene to manipuation of the origin transform through the use of the camera basis. Also, fun fact: trying to handle all the movement in _process() is a bad idea, as the controllers will lag behind the view. Keeping things in _physics_process() seems to solve this.

I've got a super simple script for grabbing that just emits a "grabbing"/"releasing" signal when you grab/release, and it scales the hand meshes down when squeezing. I'll probably hook that up to some basic grabbable objects tomorrow, then look into handling collisions between the player and the environment.

There is a loose game idea that I'll tie into this, but no talking about that until the theme is announced everywhere.