With the end of 2019 a lot of things changed for me personally. I made the difficult decision to take a step back from an administrative role I'd held at Buffalo Game Space for a very long time. While it sucked that I had to, it was taking a serious toll on my mental well-being. The good news is in doing so I've been feeling better AND I've had some time to collect myself and start working more seriously on making games and such. So I'm happy to say at the start of 2020 I've started focusing on a single game project. 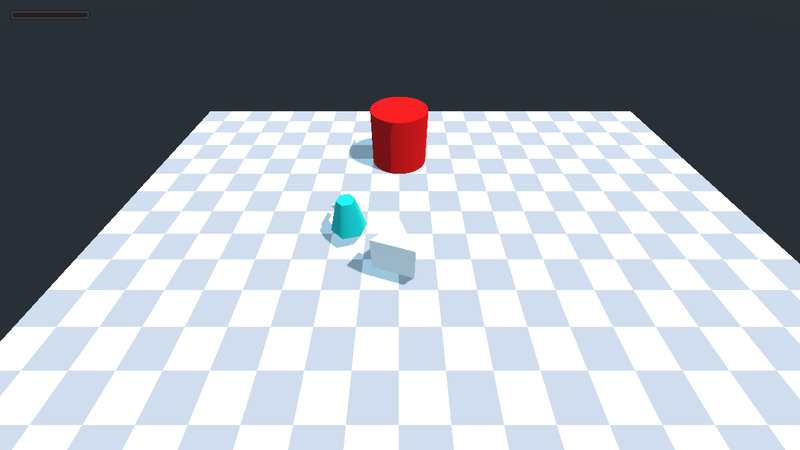 Deluxe is a (planned) top-down shooter with a Rez-style leveling system and procedurally generated levels full of enemies to blow up and areas to explore. At least, that's the mental picture of it I have at the moment. The actual current iteration doesn't even qualify as a game, but it's a start. The player pilots a little ship with the D-Pad and can fire their weapon/strafe while holding A. One of the explicit design decisions I made early on was to not make a twin-stick shooter, as I'd like it playable on older game pads, or a traditional arcade cabinet setup. 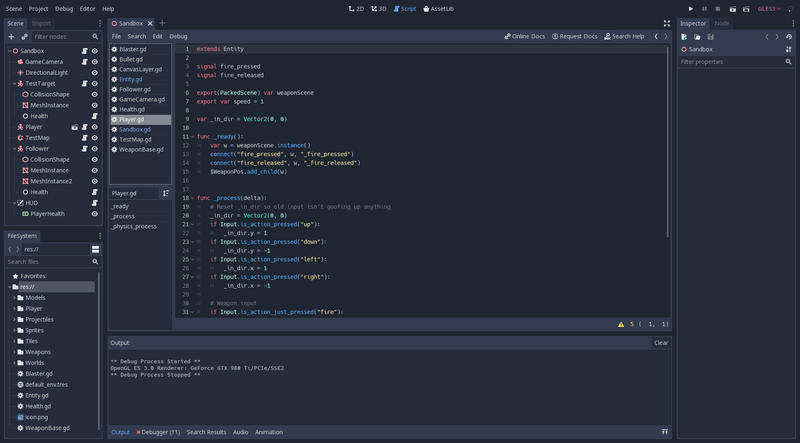 Another early decision was to use Godot for developing it. I've done a little bit of development with it previously, and I really enjoy working with it. For the uninitiated, Godot is an open source game engine with a friendly UI, ample features and build targets, and support for visual programming C# (partial at this time) and it's own Python-esque scripting language called GDScript. If any of those things interest you, I highly recomment taking a look at it. It's free to use, no license restrictions on what you make with it, and it plays great with Linux.

So right now as the top screenshot indicates, there isn't much going on there. The basic player controls are implemented, as well as a small, single room programatically generated using a nice tilemap feature Godot offers (gridmap). There's also a little enemy guy that chases the player around the map, but not much else. The player can shoot bullets at things, and anything that has a base type of "Entity" can take damage and tells you so in the console output. Pretty far from what you'd call a game, but it's a start. 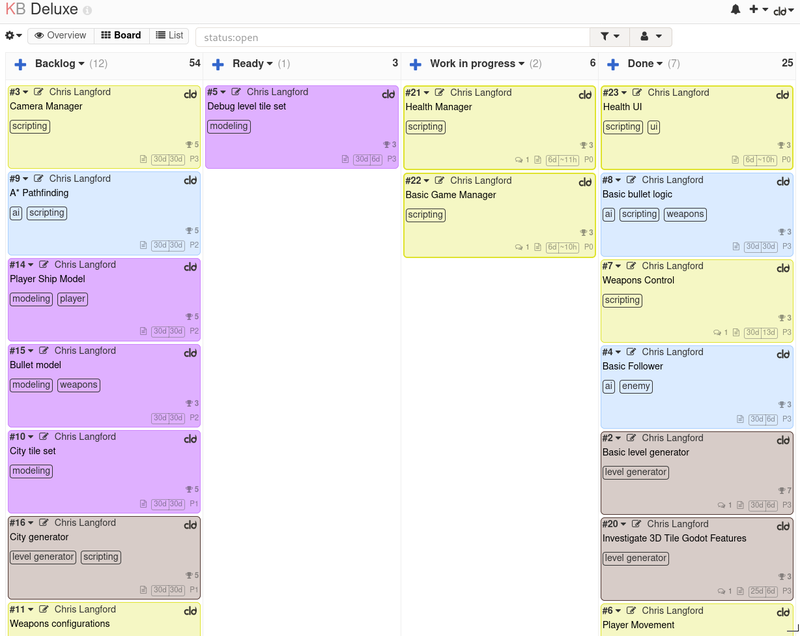 The most pressing tasks involve turning this little test into a minimum viable product, which in my mind means it has to have:

Once all that's in, that's basically a game. Not a good one, but it has the core elements. Following that I can start working on proper art assets, more interesting level generation, different enemy types, and more weapons.

The goal is to have something with some of those things in it by late spring/early summer, so I can spend a few months testing with folks at Buffalo Game Space and polishing based on feedback, with a mid-fall release into Early Access on Steam. It's gonna be a lot of work, but I'm doing my best not to think about it quite like that. I still want it to be fun to work on, and so far it has been. Every day I make sure I at least open the project and poke at it for a few minutes. Most days that turns into an hour or two of work. And the more I poke at it the more comfortable I get with the tools and language, which means (in theory) it'll get even easier to work on.

I'll do my best to post at least once a month with updates on this. I'll also be using the BGS monthly game dev meetups as presentation events to show progress/solicit feedback, so if you're in town and want to see where it's at or talk to me about it I'll be there.